Why mobile payments must become part of your strategy

About a decade ago I went to a summer music festival that was out in the woods. The setting was spectacular, with old-growth trees surrounding a natural amphitheater. The festival also had the requisite food booths and an area for local artisans to display and sell their wares. It was not a big festival, but it was pretty groovy.

Fast forward ten years. I went to the festival again this summer and it was hardly recognizable. Oh sure, the dappled sunlight and stunning location were still there, but the event was much larger this time; there were many more booths and a lot more commerce being transacted. So, what was the difference? Great word-of-mouth? Nope. Bigger acts? Wrong again.

When I first went to the festival all those many years ago, the only way to pay for anything out there in the middle of nowhere was with cash. Necessarily that limited things. But about three years ago, the organizers of the event created a mobile payment system and the festival exploded as a result.

There are two ways to think about mobile payments:

Let’s cover both, because both have become very important to the life of the small business.

This process is the one you are likely more familiar with as it has been around for a few years now. It is where you accept credit card payments via your mobile phone or tablet. In the case of the festival, the organizers set up a Wi-Fi signal and gave all vendors an iPad and a Square. By doing so, these small businesses suddenly had the ability to accept credit card swipes. 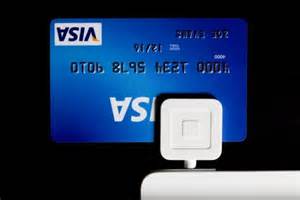 Square is a simple device that you plug into your mobile and link to your bank. Using this system, you can sell to everyone who would rather pay with a card than cash.

Meaning, well, just about everyone.

The other way that to join the mobile pay revolution is by adopting one of the new solutions that allow customers to pay using their mobile device, instead of with cash or a card.

There are a few systems you can look into:

Apple Pay: This is the new kid on the block. Apple Pay lets users input their credit card information into the Apple system and then use a scanable app to make payments. Vendors accept payments in seconds as the customer waves his or her phone over the vendor’s POS system. Cardholders authenticate the transaction using their thumbprint, so it’s also very safe in addition to being convenient.

Google Wallet: With Google’s system, the customer again uses an app that they would scan with your point-of-sale system (although the mechanics behind the scene are a bit different than with Apple’s process.)

There are other mobile payment options now coming online, including Kash, Softcard, and CurrentC. Whatever system you choose, it is important to remember a few things:

First, yes, there will be some out of pocket costs as you will need to purchase a POS system that accepts these mobile payments. That said, doing so will increase the speed of sales transactions, and you should also expect a decrease in fraud issues because in a true mobile payments capacity, no credit card information is transmitted, although one system also permits use of magnetic stripe technology.

Most important, by adopting and accepting this new way to pay, you will be ahead of the curve and primed to grow as people become ever increasingly more accustomed to using their mobile phone to do everything, including making payments.

And that, my friends, will make for some sweet small business music.